Kanana is a nice intimate, generally water based camp. The lodge is sited amongst the permanent channels of the Okavango Delta with extensive areas of flood plains.

Not really a big game area (although there is plenty of game to see), you can conduct perfectly good game drives here but the area probably will not give you the sightings that other camps can. Having said that though, the last time we visited we did follow a beautiful male lion through the evening.

You should definitely come here for the water experience. Because of the amount of flood plains, your mokoro excursions are fantastic, instead of being poled through safe small channels where most of the time you may not see much, depending on water levels here you can be poled through large open areas which is much more interesting visually. Here there is also a superb heronry visited by boat that is a dream for the photographer and birder alike.

The accommodation is great as well as the service and food.

Besides the elephant, a wide variety of other game frequent the life-giving force of the Delta, including impala, lechwe, hippo, crocodile and lion. Kanana Camp is one of the few lucky camps in the Okavango Delta to have an exclusive heronry where many migratory water birds come to hatch their young from July onwards. This is a very important nesting site for these birds and one of the few in the Delta.

The species you are likely to see roosting here include the yellow bill stork, marabou, open bill stork, darters, cormorants and slate egrets. Kanana Camp regularly reports sightings of the rare Pel’s fishing owl in addition to hyena, which has also become a rare sighting in this area.

Even more rare are the situanga antelope, which live in swamps and are very good swimmers. They may take to the water to evade predators such as leopards or wild dogs, lying submerged in pools with only their nostrils above the surface.

Guests are accommodated in seven spacious twin and double-bedded safari tents, each en-suite bathroom has a large walk-in shower and luxurious fittings. Families are accommodated in a two-bedroomed tent, sharing an en-suite bathroom with the addition of an outdoor shower – ideal for families in this child-friendly camp. The tents are well spaced, affording privacy whilst remaining within a comfortable distance from the main camp area.

Situated in the Kanana Concession, the focus of activities at Kanana varies with the rising and falling levels of the Okavango Delta. Activities include morning and afternoon game drives in open safari vehicles, with afternoon game drives often continuing into the evening. When out on game drives our window seat guarantee ensures no more than four guests per vehicle and individual use of a camera mount. Alternatively, you may explore the crystal-clear waterways by Mokoro or motorboat, and enjoy the magnificent variety of birds, plant and reptile species found in the area. Birding is spectacular with Kanana hosting a seasonal heronry that is one of the largest in Southern Africa, a highlight that converts all visitors to avid ‘twitchers’. Guided bush walks are highly recommended as is fishing for tilapia, African pike and sharptooth catfish.

Guests are accommodated in seven spacious twin and double-bedded safari tents, each en-suite bathroom has a large walk-in shower and luxurious fittings.

Families are accommodated in a two-bedroomed tent, sharing an en-suite bathroom with the addition of an outdoor shower – ideal for families in this child-friendly camp.

The tents are well spaced, affording privacy whilst remaining within a comfortable distance from the main camp area 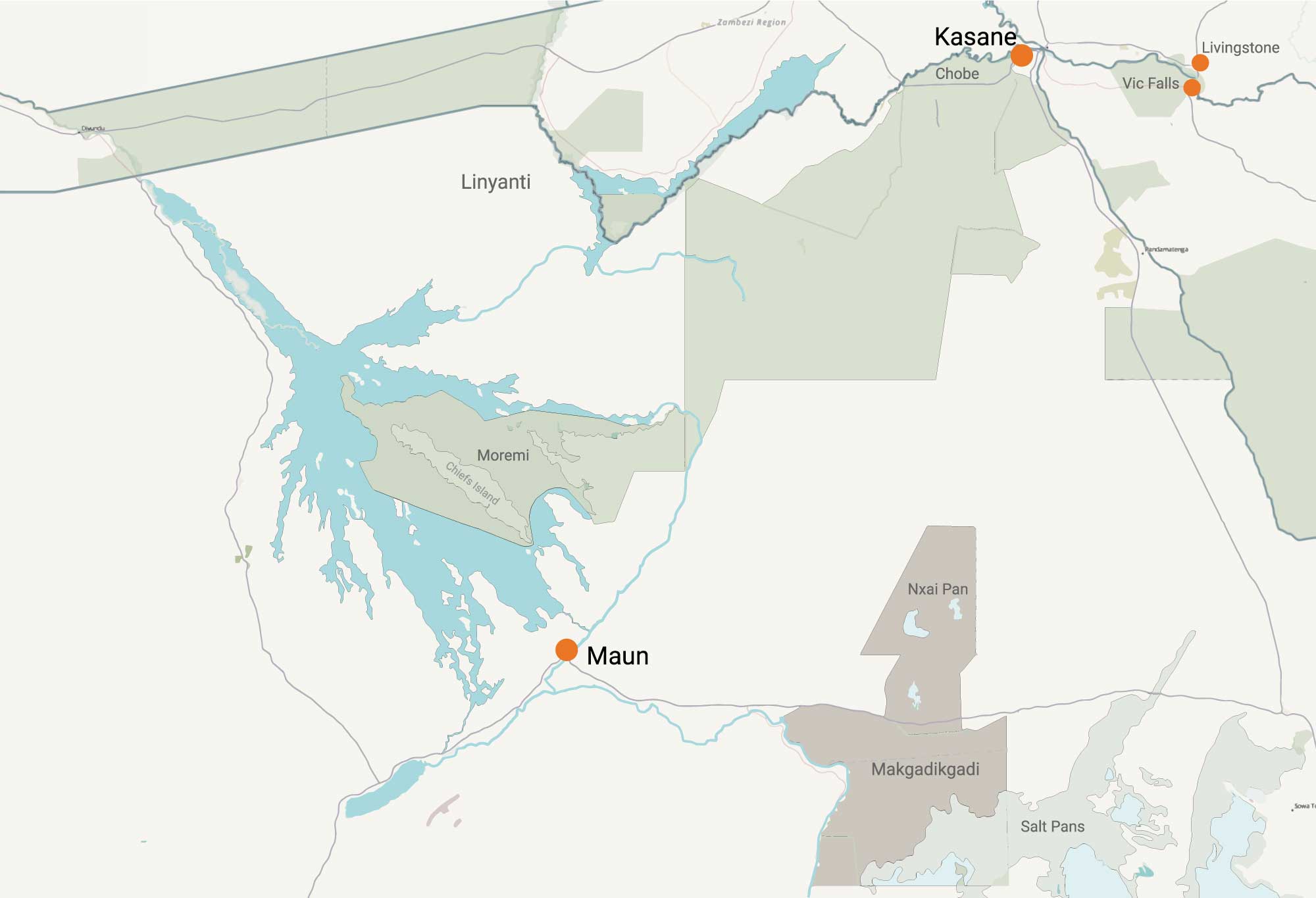