In our opinion there is no other country that offers the diversification of regions and wildlife than Botswana. Its large herds of plains game roam unhindered through unfenced territory, usually followed by an abundant array of predators.

Up to 50% of Botswana is deemed to be a wildlife area… this freedom the animals are presented with holds Botswana up as one of the most prolific wildlife viewing destinations in Africa. Game densities are high, Botswana’s elephant population stands in excess of 120,000, arguably the highest density of plains elephant on the continent.

Predators such as Lion are thriving; indeed the numbers of some of the more rare species such as wild dog are extremely strong, especially as Botswana is considered to hold some 30% of the world’s population.

Please take some time to browse the individual regions below, where you will find the lodges we offer in each area. Alternatively browse through the main Lodges Safaris, Mobile Tented Safaris or Special Interest in our menu above, which cover a broad spectrum of areas and accommodation.

All video taken by Safari Lifestyles

We travel to all lodges and regions all the time, this video shows you what Botswana can offer 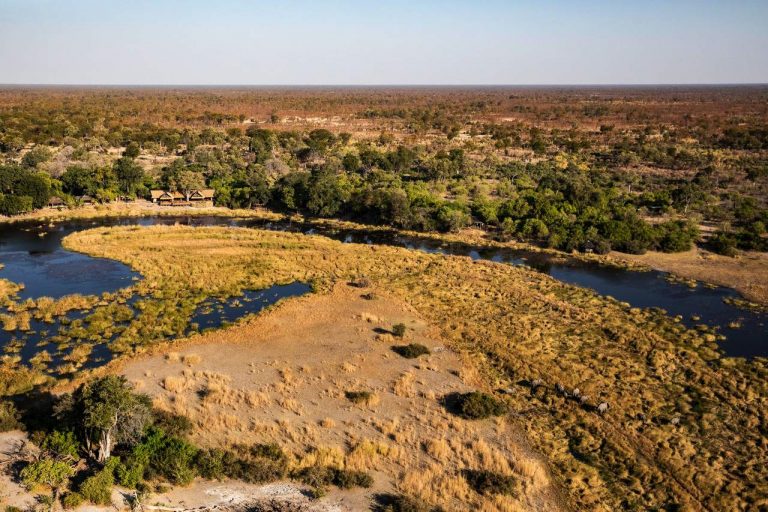 Want to know when to come?

Want to know what to pack?

The Okavango is a World Heritage site and is unique in Africa. It is simply to most beautiful and untouched wildlife region in southern Africa
Okavango in Detail

Botswana's only major river. This region is teeming with wildlife dominated by the river which acts as the border with Namibia. Huge wildlife potential.
Chobe In Detail

Home of the black-maned lion. The best time to come here is the green season. Rains bring in the antelope the predators love to chase. A vast region of savannah.
Kalahari Click Here

Superb wildlife area. The Khwai area has become famous as an offshoot of Moremi and is where the animals congregate in large numbers for water.
Khwai in Detail

Big game country. It is here you will get the large herds of buffalo and element. Almost untouched by human settlement it is a region of Botswana you must visit.
Linyanti in Detail

The beating heart of the Okavango. The Moremi Game Reserve and in centre, Chiefs Island, is an area of natural beauty and a prodigious amount of wildlife.
Moremi in Detail

Africa's second largest migration of Zebra occurs here during the green season when it rains, Traversing across never ending pans the size of Switzerland.
Salt Pans in Detail

An ancient river bed with thousands of buffalo. This region is famous for lions hunting elephant and its impressive landscape of kopjes and savannah.
Savuti in Detail

A bit of history

The San are deemed to have been the first settlers in the region of Botswana. They, with the Bantu and the Khoi, migrated south from the northern regions of Africa some time around 300AD. Little however was known of the area until the first Europeans explored, indeed, the maps of Africa in the 1800’s show little to no detail on the topography or landmarks of the region.

The “Bechuanaland” protectorate, as governed by the British, was relinquished in 1966 and Botswana was made a fully independent state, as we know it today.

We now thankfully know much more about Botswana. The main industries of Diamonds, Minerals, Agriculture and especially Tourism ensure that Botswana keeps its reputation as a successful and stable nation. With a strong and democratic government, the country, which is approximately the size of France, is relatively unpopulated with only 2 million inhabitants.

The government wisely set aside 17% of the land as National Parks and Reserves, with another 22+% set aside as wildlife management areas. With such a large percentage of land mass dedicated to the protection of wildlife, and with such diversity in the accepted regions, this makes Botswana arguably the number one safari destination in Africa.

Seemingly covered in sand with its reputation of being 80% desert, this is deceptive, the Kalahari Desert does indeed cover the majority of Botswana, but you will be hard pressed to find a sand dune. Rather this largely flat country is covered with areas of open savannah, forests, riverine woodlands, wetlands, swamps, permanent water channels and great rivers.

In terms of wildlife it is sometimes easier to think of what Botswana DOESN’T have… the country holds the largest population of plains elephant in the world, huge herds of buffalo and zebra, together with general plains game and some unique species to the region such as red lechwe and sitatunga antelope.

Very healthy concentrations of predators include lion, cheetah, leopard, brown and spotted hyena and the great success story of the wild dog, one of Africa’s more rare species which are thriving here.

Bird-life is simply prolific with nearly 600 species of bird recorded either generally or specialising in specific ecosystems.

The parks cover areas such as Chobe Natonal Park and Moremi Game Reserve etc… The Botswana government has set these vast tracks of land aside as officially protected areas. These are preserved for visitors to experience the best that Botswana has to offer. There are some of the best lodges within these parks and reserves and they are generally the only areas that are specifically reserved for Mobile Tented Safaris and Self Drive facilities. There are no fences around or within the National Parks and reserves, and game is free to wander in and out, and also right through your camping site.

As they are National Parks, there are some restrictions, which you may wish to consider depending on how you wish to conduct your safari. National Parks restrict any night drives and there is generally no off road driving. These restrictions are there to preserve the ecosystem as much as possible whilst allowing reasonable numbers into the parks. Rest assured that you would never see the numbers of vehicles around a sighting that is often witnessed in East Africa, or Kruger National Park in South Africa.

The concession owners lease the land from tribal communities or the government, or the local communities themselves run them. These concessions are unfenced as are the lodges or tented camps within them.

The benefit in staying within a private concession is that they are often vast and certainly private. You can find yourself in an area like the Kwando reserve in the Greater Linyanti, watching lions hunt buffalo knowing that in this massive area there will only be 3 vehicles, and that, more often than not, the other two vehicles will be on the other side of the concession.

Most of these concessions offer more than the National Parks in that they are able to conduct night drives and travel off road.

After dark, the bush is a magical experience. A totally different subset of animals appears and go about their business nocturnally… Aardvarks come out and excavate new holes… Giant Eagle Owls swoop silently on their prey… and Leopards are generally well sighted after dark… If you hail from a city you will never forget the experience of discovering just how many millions of stars are visible to the naked eye.

The frustration of not being able to follow an amazing sighting as an animal disappears behind bushes is satisfied, as these concessions will allow you to follow interesting game off road…. You will be able to join a pack of wild dogs hunting as they race through the thicket in search of prey… it is truthfully a life changing experience.

Safari Lifestyles would always recommend you try and experience a safari in one of these private concessions… we believe it is the best way to view animals in their natural environment, after all this may be the only time you ever go on a safari… wouldn’t you want to maximise your experience…?