Probably the biggest factor in anyones decision to travel to Botswana during the Green Season is PRICE…!!  … and why not, some lodge prices are under half the price of peak season. Its the same lodge and you get exactly the same services, so why the price difference.

Its simple really … here we call it “bums in beds”… better to sell a lodge at half the price and fill it, than to have it standing empty earning no revenue at all.

Peoples decisions NOT to come in the Green Season are based on the perception of bad weather and the scarcity of game…. that and its perhaps traditionally outside normal holiday seasons for people to travel.

Our Green Season here does combine with the rainy season which is approximately December through to April (Summer months) …. Its the amount of rain which can have an effect on game movements. Some years it rains heavily and other years it doesn’t, so its unpredictable and impossible to tell in advance what will happen.

All plains game and predators rely on water for survival… and thats why the dry peak season (winter months) is so good, as animals flock to the few remaining areas of water to quench their thirst.

If heavy rains occur, this leaves pools of water far and wide allowing plains game to disperse, sometimes away from traditional game drive areas, thus potentially making it harder to see animals…. This is true some of the time.. but remember that animals like big cats are territorial, so they don’t leave the areas that are theirs and have been hard fought for.

The rains also turn parched areas of land into a lush paradise for grazing animals much in need of good food… It induces “lambing” season where thousands of babies are born to species such as impala etc….

Insect life comes into its own increasing the bird-life dramatically, making northern Botswana a mecca for birdwatchers arriving to view the seasonal arrival of important species.

For northern Botswana, like the Okavango, Savute and Chobe etc, it’s classed as off season yes…. But for the central areas like the Salt Pans (Nxai Pan and Makgadikgadi) and the Central Kalahari, its actually PEAK season. It is simply the best time of year to come to these central areas.

It is the very rains which bring in the massive numbers of plains game such as gemsbok and springbok into these arid areas, which have been turned into a sea of grass… This is a spectacle not to be missed and an unsurpassed opportunity to see predators such as lion and cheetah, as they also come into the more central areas to hunt.

The Green Season is also the time of year when the huge zebra migration, the second largest of its kind in Africa, occurs in these areas. Literally thousands of Zebra can be seen on the march, walking though and making use of the new grassy pastures.

So, as you can see… it can sometimes be the best time to come when it rains.

Another great reason to come to Botswana during our Green Season is that, not only are prices already much less expensive, but it is also the season for special offers…!!

Everyone likes a special deal and they come in thick and fast over this season… By all means check out our SPECIALS page to see what we currently have. Bear in mind though that, due to the ever changing nature of deals, they may not be up to date so its perhaps best to get in touch with us below for the latest news. 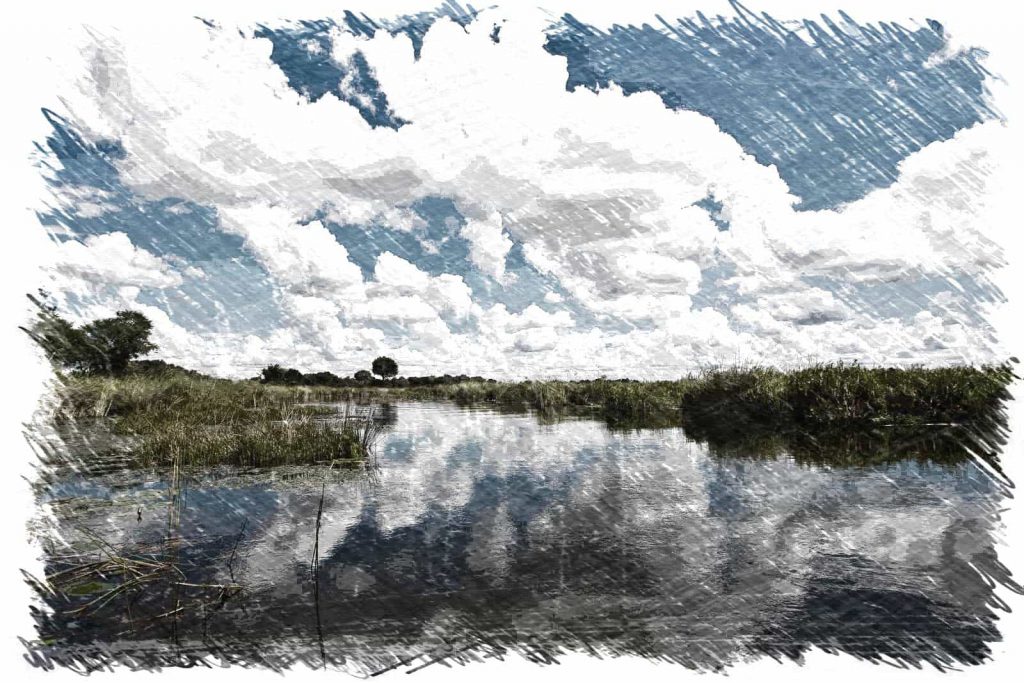